I was walking around Hay-on-Wye yesterday and on approaching the Rose and Crown pub I noticed that the building has recently been re-pointed – I half expected the tuft of Hedwidgia ciliata that has sat on the edge of the porch for at least 15 years (and I think first reported by Jonathan Sleath), to have been cleaned off during the works, but it was good to see it is still present. 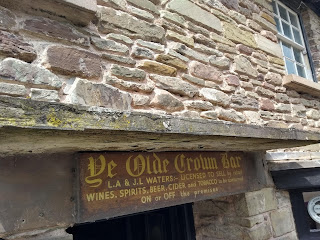 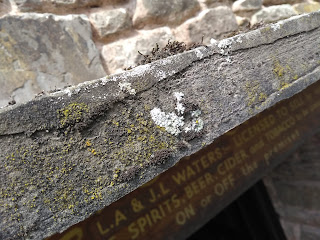 Unfortunately it is probably too late for any mosses on the building adjoining Hay Castle as during restoration work the roof tiles have been stripped and stacked and look like they have been brushed clean.


Stone-tiled old buildings in this area of Wales and England have long been known to support interesting assemblage of uncommon mosses that thrive in the harsh conditions on sunny roof-tops.   Some years ago Plantlife produced a leaflet to help raise awareness of the importance of these roof-top gardens and it is still available on their web site: https://www.plantlife.org.uk/uk/our-work/publications/rooftile-mosses - perhaps i’ll send one to the Hay Castle Trust as they are probably unaware of the biodiversity significance of their old tiled roof and I might send a refresher to Cadw as well.


I remembered that last year I took some photos of roof-top mosses at the wonderful National Trust – owned Cwmmau Farmhouse, near Brilley, in that very Welsh part of Herefordshire.   I was going to make a post then, but the weather suddenly entered a very wet spell and it seemed less topical.  Anyway, the photos I took are still on my phone…..   I am not 100% about the Grimmias, but some may be G. laevigata and more rounded tufts G. ovalis – perhaps someone out there has more confidence. 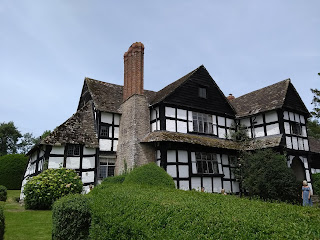 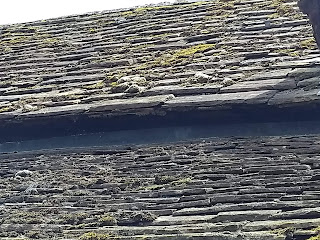 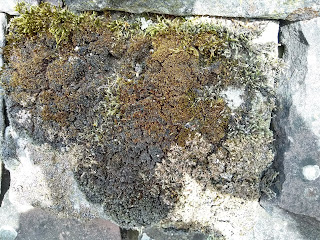 If you like 17C. buildings, then visiting this farmhouse is a must and the mosses are a bonus.  Unfortunately it is only open to the public one week each year, but for the rest of the time it is available as a holiday let (although you will need to dig deep into your pockets, unless you are able to share costs among the 10 people it can accommodate).


I you want to see some of these mosses close-up, then best not to pick them off porches etc, but instead have a wander around buildings and look on the ground for small pieces that have dropped off the roof.   If you are lucky, you might find some H. ciliata var. leucophaea, which has been seen at Dore Abbey in Herefordshire and a couple of sites in Monmouthshire.  I haven’t knowingly seen var. leucophaea myself, but looking more closely at the Cwmmau photo, perhaps some of the Hedwiga there is approaching  var. leucophea? 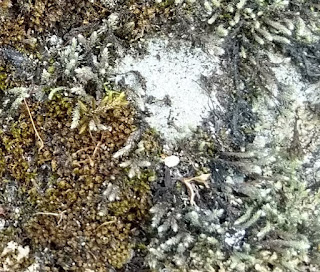